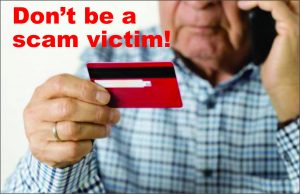 Fraud comes in all shapes and sizes, from investment swindles and suspicious phone calls to online scams and ID theft. There are many reasons as to why and how this takes place.Generally, this generation was raised to be polite, so may be easily pressured or intimidated in a variety of fraudulent situations.
We have all seen it too many times – the story about a senior having their life savings stolen or reports of seniors living in deplorable conditions while so-called caretakers, more often than not “loved ones,” spend the elderly person’s money. Often these are elderly people suffering from dementia – heartbreaking.
According to Canadian Government statistics, approximately 10% of Canadian seniors are victims of consumer fraud each year. Seniors continue to be a rapidly increasing segment of the population targeted by con artists. In fact, financial scams targeting seniors have become so prevalent that they are now considered to be “the crime of the 21st century.”
Another shocking revelation: over 90% of all reported abuse of seniors is committed by someone in their own family. Financial abuse such as depleting joint checking accounts, promising but not delivering care in exchange for money or property, and even outright theft is most often committed by the senior’s own adult children, followed by grandchildren, nieces, nephews, and others. And it’s not just wealthy seniors who are at risk. Low income older adults are commonly targeted as well. How do you protect your senior loved one from falling victim to scams? Basically four key elements: 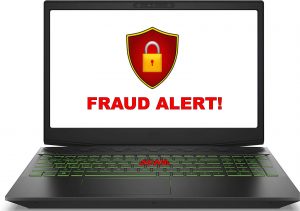 Internet Fraud:
Seniors who are not computer savvy can be easy prey for scams that cause computer viruses that open information on the user’s computer to scammers. 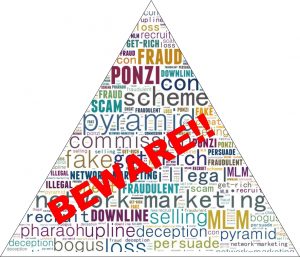 Investment schemes:
Because many seniors find themselves planning for retirement and managing their savings after retirement, investment schemes have long been a successful way to take advantage of seniors. They can range everywhere from pyramid schemes like the one that Bernie Madoff perpetrated, to complex financial products that many economists don’t even understand.

Sweepstakes and Lottery Scams:
Here scammers inform their mark that they have won a lottery or sweepstakes and need to make some kind of payment to unlock the prize. Often, this scam involves having the senior deposit the fake prize check into their bank account. The prize amount shows up in their account immediately and takes a few days before it is rejected. In the meantime, the scammers collect money for supposed taxes or fees on the prize as the victim has the ‘prize money’ removed from their account as the cheque bounces.

The Grandparent Scam – phone scammers pretending to be one of your grandkids in trouble: 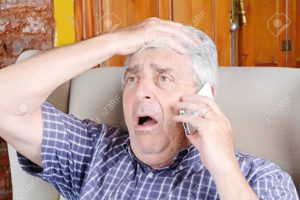 This simple scam involves a call to an older person by an imposter grandchild who asks for money to resolve an unexpected financial problem. The money is often requested to be paid in Bit-coins, or i-tunes cards or to Western Union or MoneyGram which don’t always require identification to collect.

Following is a typical scenario:
The phone scam begins with an innocent call – “Hi, Grandad.” “Who’s this?”.”Don’t you recognize my voice Grandad? It’s Bobby. I’m in London, England.”
It’s a young male, but ‘Grandad’ isn’t so sure it is his Toronto-based grandson. He also isn’t aware that he is visiting the UK, though his sister, Angela, is working there at the time.
He asks: “Can I tell you something in secret that you won’t tell anybody else, please?” This turns out to be a familiar request by scammers. Intrigued, ‘Grandad’ responds, “Of course.”
‘Grandad’ is now the potential victim of a financial trick that is aimed at countless grandparents across the country, costing them millions of dollars. Every year, the authorities receive thousands of “family/friend impostor” fraud complaints; it’s impossible to say how many more recipients of these calls didn’t notify the authorities.
“Angela and I went to a movie last night,” the caller explains. He continues: “We were on our way back to our hotel when our cab was pulled over by the police. They found pot in the trunk and arrested us. I’m at the police station now with a lawyer.” Mentioning an authority figure like the lawyer is another traditional ploy of this kind of scam.
“The police say I have to stay in here in London for four to six weeks until the cab driver’s trial. If they release us, they want $2,000 to make sure we’ll come back.” The caller wants ‘Grandad’ to talk to the “lawyer,” (his partner in crime) “He’s right here next to me”.
‘Grandad’ thinks very quickly “Bobby, if that’s who you are, what’s your address in Toronto?”
The phone at this point goes dead. Scammers phone from anywhere, including overseas and with today’s technology are able to simulate any number that they wish to show up on a call display.
‘The scariest part is that scammers often know ‘Grandad’s’ name, grandchildren’s names, his phone number and even some personal information, Scammers can either buy it or steal it.
And sometimes, victims themselves unwittingly help the fraudsters. Semi-intimate details about our lives often are available online for anyone willing to dig. And many people routinely announce these details to the world on social media like Facebook and Twitter. No surprise that scammers scout for targets on these networks!
Scammers sometimes call numbers randomly until they reach an older person. They then mention a grandchild in trouble, and if there’s an emotional appeal to talk to so-and-so, they take it from there.
Older victims are often too embarrassed to call the police, again facilitating this kind of scam.
If you ever get a call from or about a grandchild or any other relative in danger or trouble, and the immediate request is for cash, stay calm, say you will have to consult another family member first, and hang up. Then check. If the emergency is real, you can still respond appropriately. If it’s not—and the odds point to that—congratulate yourself. You just avoided being on the next fraud victim list!

Once defrauded, seniors are often too embarrassed to say anything.
They may somehow feel it was their fault that the fraud happened. In some cases, seniors have fragile health issues or some level of diminished capacity, including failing memories, such that they make poor witnesses for criminal proceedings. These are all the things that fraudsters count on and are vital to keep in mind if you are helping care for a senior family member or friend. 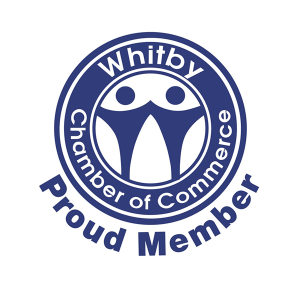 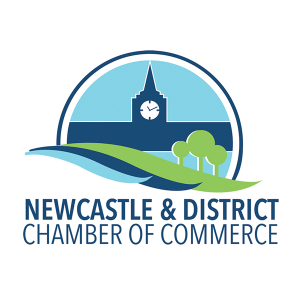